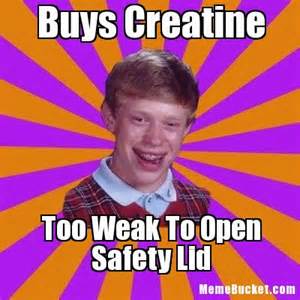 Remember, we are looking at nutritional supplements and how they can benefit us in and out of the gym. Also, remember that if your diet, sleep, and recovery are crap… supplements are a waste of money!

If you are interested in improving any aspect of training, nutrition, or recovery, or if you need help finding specific a supplement to meet your needs, email me at steven@csfitlife.net.

You can also connect with me on CSFitLife’s website or through social media by clicking the links below:

For week 2, I thought we would breakdown creatine!

Creatine! What is it and what does it do?

Creatine is an amino acid derived from arginine, glycine and methionine. It is produced naturally by the body in the kidneys, liver, and pancreas. [ii] Creatine can also be obtained from food (particularly red meat and fish) and supplementation.

Like carbs and fat, the body has the ability to store creatine. Approximately 95% of the body’s creatine is stored in our muscles with a small amount stored in the brain and testes.[iii]

When we perform high-intensity, short duration exercises lasting less than 10 seconds (i.e. weightlifting, sprinting, etc.), our bodies rely primarily on the phosphocreatine, or ATP/PCr system, to power us through the exercise. However, the energy system only has so much fuel. In fact, it runs out extremely quickly. To replenish fuel levels, stored creatine is broken down and used to provide more energy.

Great but why does that matter to me?

Well, when more creatine is available, that means we can produce more fuel. More fuel means we may be able to get another rep or two of the weightlifting movement or hold our top speed on the sprint a little longer. Keep in mind that long-duration, low-intensity activities (2000m row, 5k, etc.) rely more on a different energy system, which is not typically enhanced by creatine. In other words, creatine will help in a sprint but probably not much during a marathon.

Other positives of having extra creatine in our system include increased power, improved performance in sprinting, swimming, and soccer, lean body mass, strength, power, rate of force development, and muscle size. Having additional creatine in our systems has also been shown to provide twice the gains in fat-free mass (i.e. muscle) when compared to those with lower levels.[iv] This may be attributed to the fact that the extra creatine can help improve the quality and amount of work done when training.

Translation: Extra creatine allows us train harder for longer, have more power, strength, and muscle. That is HUGE for CrossFitters, sprinters, weightlifters, and powerlifters.

But the impact of creatine doesn’t end at the gym door or on the track. In addition to sport benefits, creatine has also been found to provide numerous benefits to the brain and the rest of the nervous system, it may help in the treatment of Parkinson’s disease, Huntington’s disease, and depression, and can also protect against brain injury. Creatine has also been found to aid cardiovascular health and may even lower cholesterol levels[v].

So how do I get extra creatine?

Well, you can eat more red meat and fish. However, the amount that would need to be consumed to gain 1 gram of creatine would not be worth the effort. The other option is to take creatine in supplement form.

So, if you want all the benefits of having extra creatine, consider supplementing with creatine monohydrate or creatine hydrochloride.

Wait, I heard it is unsafe! 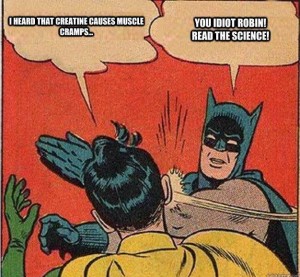 True! You probably did hear or read that creatine is not safe. However, what you read was incorrect. As we know, incorrect information (especially when it is negative) spreads quickly. That is the case with creatine.

Jacque Poortmans and Marc Francaux reported that the claims of negative effects of creatine supplements on renal function began in 1998. The claims followed a report that creatine supplementation was detrimental to renal glomerular filtration rate (GFR) in a 25-year-old man who had previously been diagnosed with kidney disease. Three days later, a French sports newspaper, L’Equipe, reported that supplemental creatine is dangerous for the kidneys in any condition. Several European newspapers then picked up the “news” and reported the same.

There is no evidence to support the notion that normal creatine intakes (less than 25 grams per day) in healthy adults cause kidney dysfunction. In fact, research has shown no detrimental effects of short- (5 days), medium- (14 days), or long-term (10 months to 5 years) creatine supplementation on kidney function.

CAVEAT: If you have impaired kidney function, supplementing with creatine could pose a problem.

To the contrary, research has demonstrated a number of potentially helpful clinical uses of creatine monohydrate in heart patients, infants and patients with creatine synthesis deficiency, patients suffering orthopedic injury, and patients with various neuromuscular diseases.

The International Society of Sports Nutrition has taken the position that the use of creatine as a nutritional supplement within established guidelines is safe and effective.[vii]

How much creatine you take depends on the form. For creatine monohydrate, the supplementation protocol most often used is the “loading” protocol. To “load” creatine, it is generally recommended that users take approximately 5 grams 4 times per day for 5-7 days. Following the loading protocol can lead to an increase in creatine stores of 40% within a week.[viii]

After the loading phase, users generally follow a maintenance protocol by taking 5 – 10 grams per day. Dr. Jim Stoppani recommends taking 2-5 grams of creatine 30 minutes prior to training and another 2-5 grams immediately following training. On non-training days, he recommends 2-5 grams with your first shake/meal of the day.

Similar to the protein, I would not do you service if we don’t discuss post-workout carbs. Consuming protein and fast digesting carbs (waxy maize, dextrose, white rice, etc.) post-workout can increase the effectiveness of creatine. One study showed that adding carbs to creatine can increase total muscle creatine levels by 60%.[x] Another study showed that protein and carbs or just carbs with creatine increased muscle retention of creatine by 25%.[xi]

The amount of carbs to take post-workout varies based on bodyweight, the training session, and goals. However, Dr. Stoppani recommends taking 20-30 grams of whey protein or a blended protein powder, 20-40 grams of fast digesting carbs and 3-5 grams of creatine within 30 minutes of finishing training.[xii]

Based on the research, supplementing with creatine is safe and effective. While the exact amounts are individual, a good starting point is:

Remember, you can connect with me through email or social media by clicking the links below:

CLICK HERE to get started if you are visiting from out of town.